Welcome to the Episode 162, part of the continuing series called “Behind the Scenes of the NetApp Tech ONTAP Podcast.”

This week on the podcast, we recap NetApp Insight 2018 in Las Vegas, with a variety of special guests, including some familiar voices, as well as some new friends. The NetApp A-Team wraps it all up and gives their perspective on the event.

Here’s a few shots of us recording at Insight: 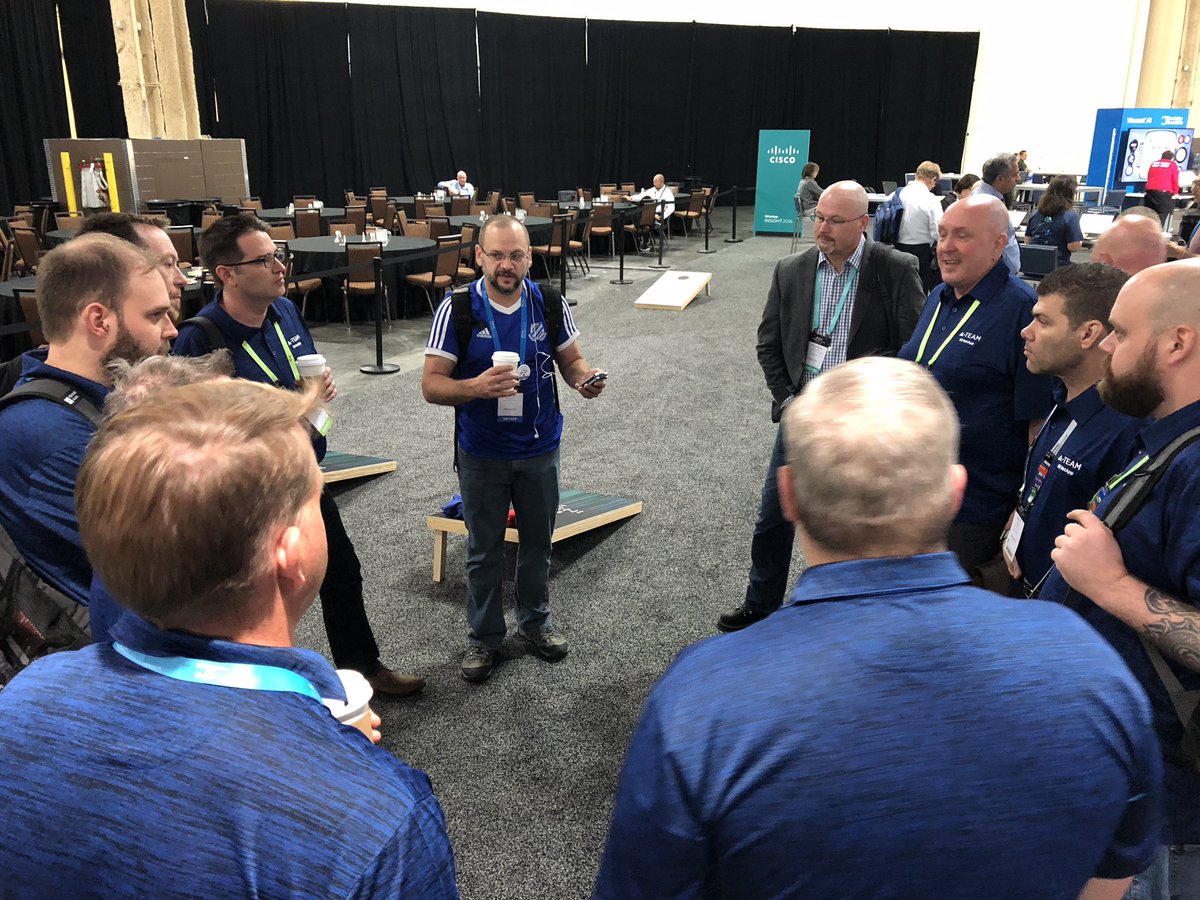 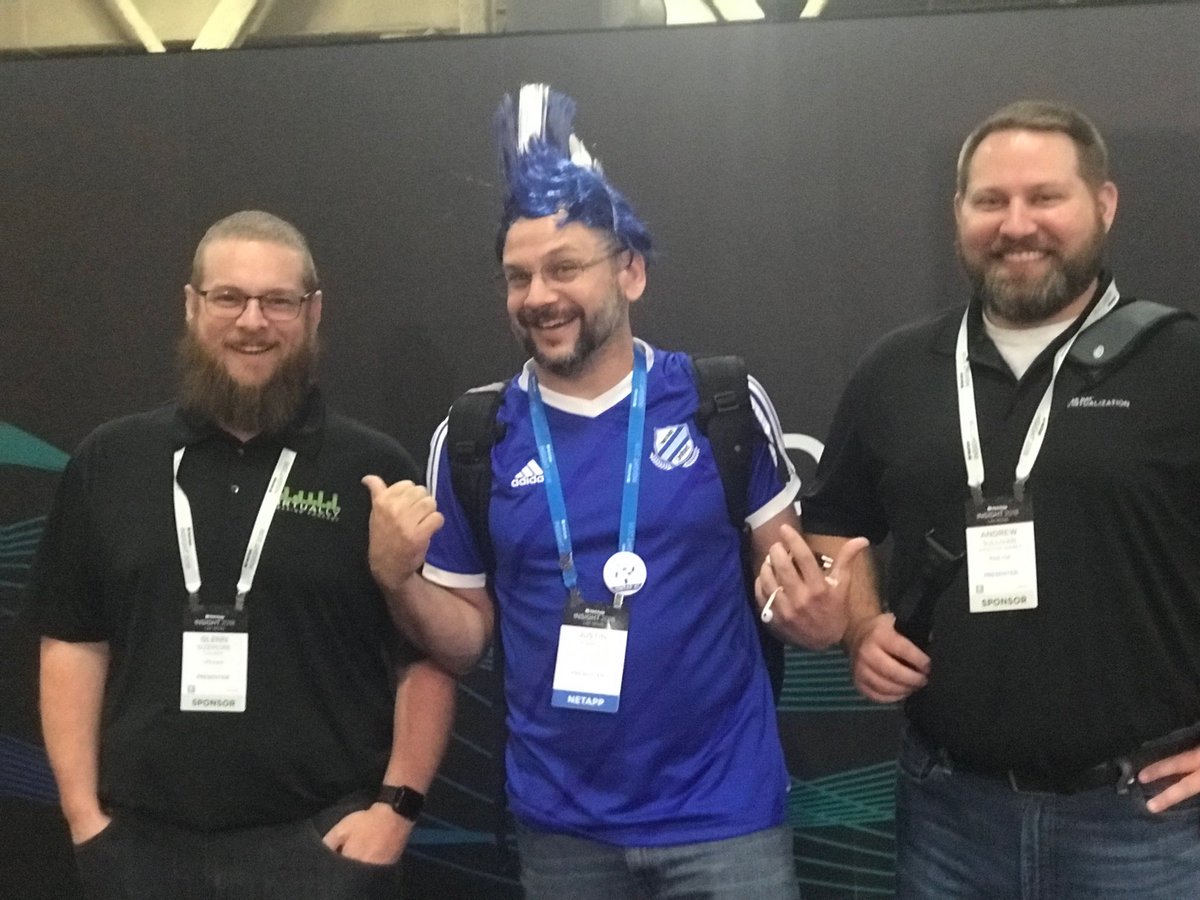 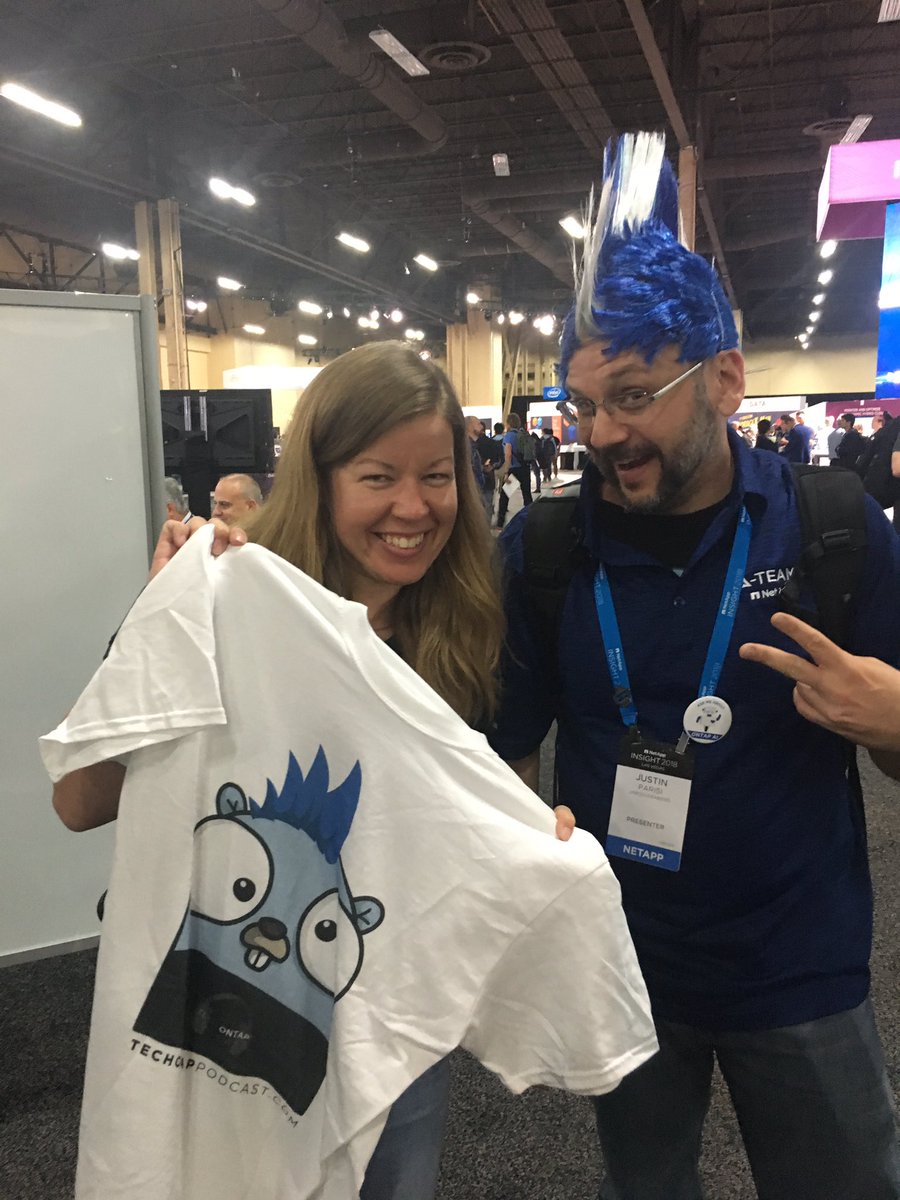 Every year before Insight, I’ve made it a tradition to take a side trip to a national park to decompress before the event. Last year, I went to Zion National Park.

This year, I headed out to Yosemite on an epic road trip down to Vegas, passing through Sequoia National Forest and Death Valley.

I broke the drive up into multiple segments. Even then, it was a *long* drive, with trek from Sequoia to Death Valley taking around 5 hours.

I have a photography hobby, so I got lots of shots along the way. I captured some video while driving, but my SD card ended up corrupting when the battery kept dying, so TBD if I can salvage those files. (I shoulda put them on a NetApp! :P)

You can find the entire album on Google here:

Here are a few of the highlights: 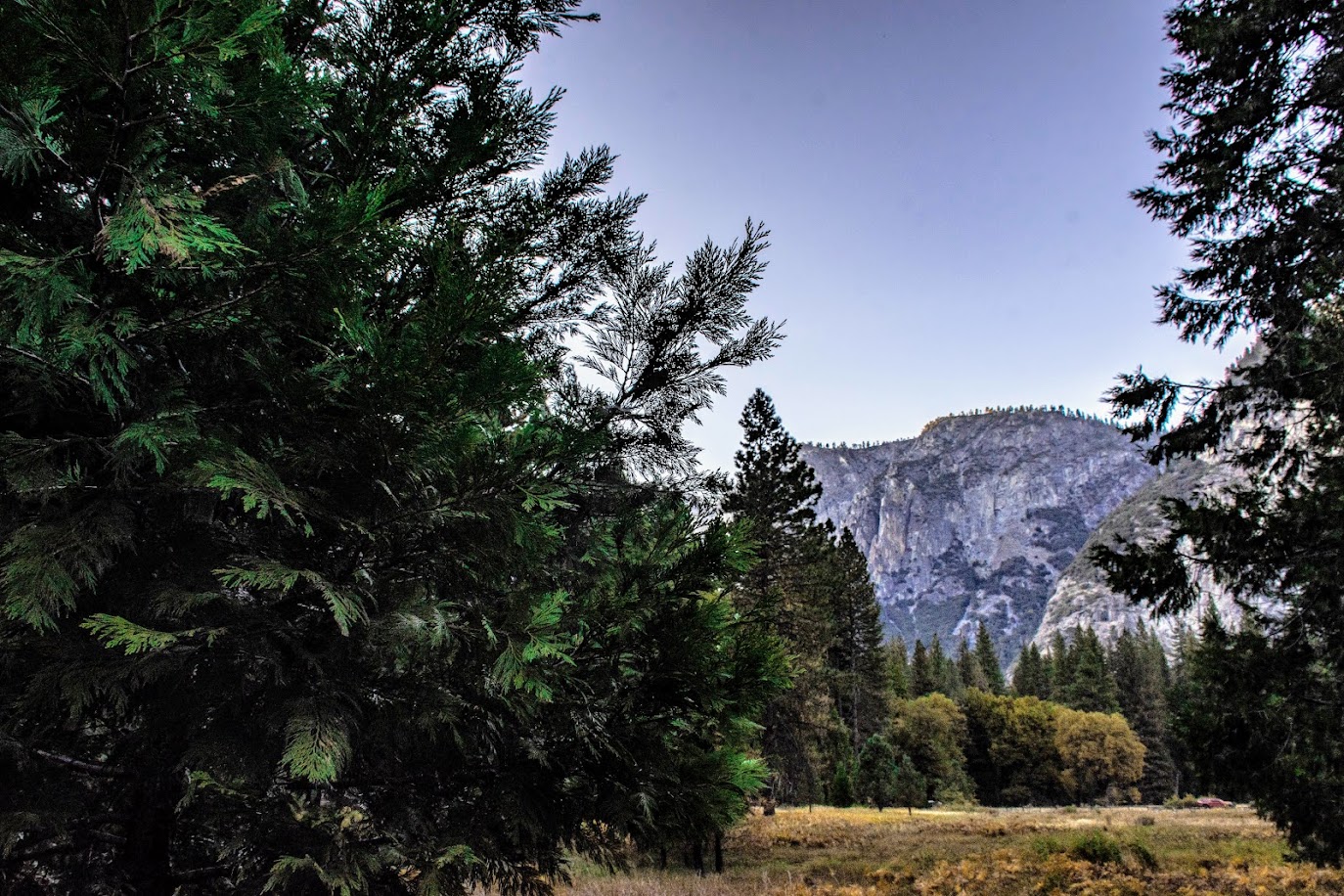 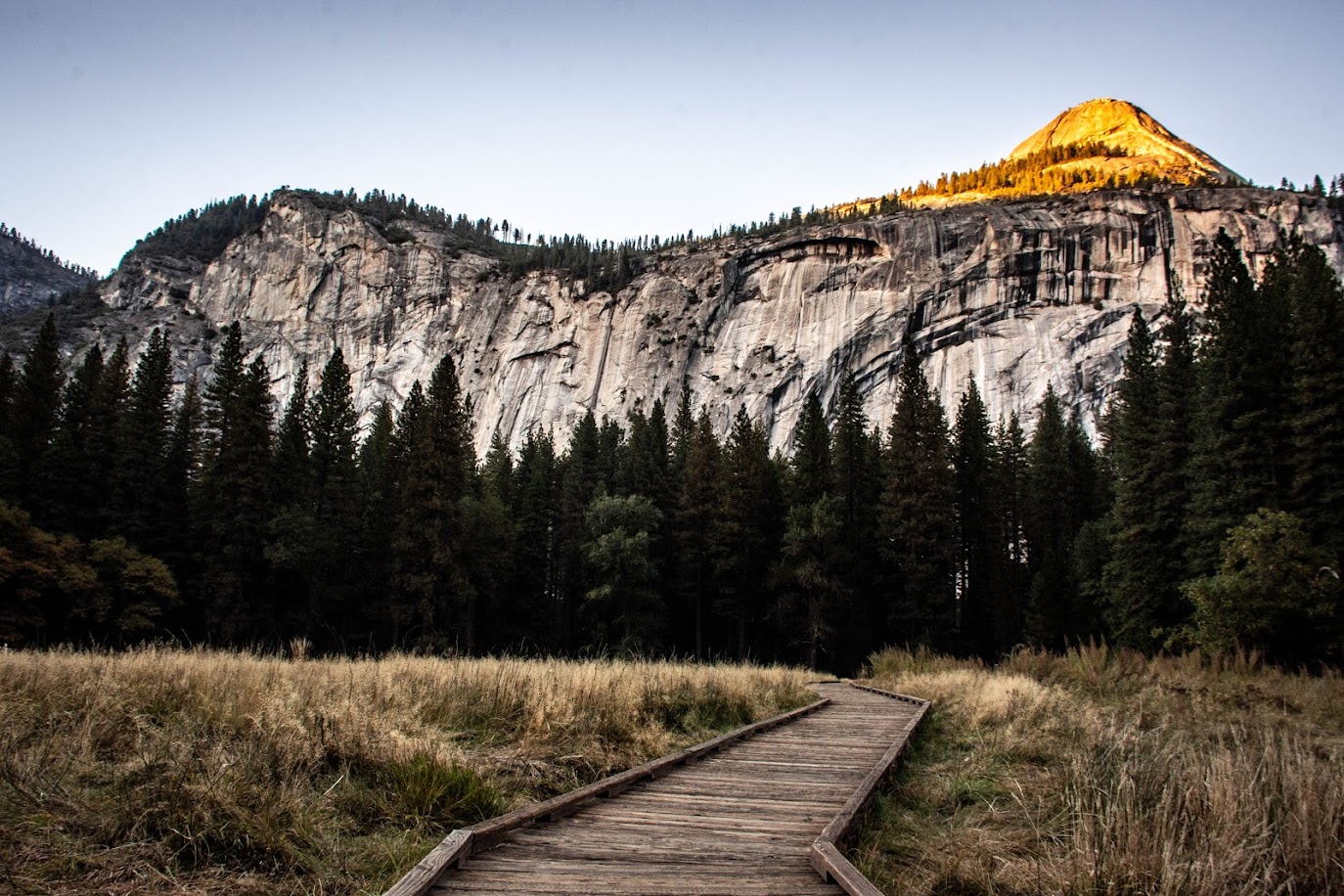 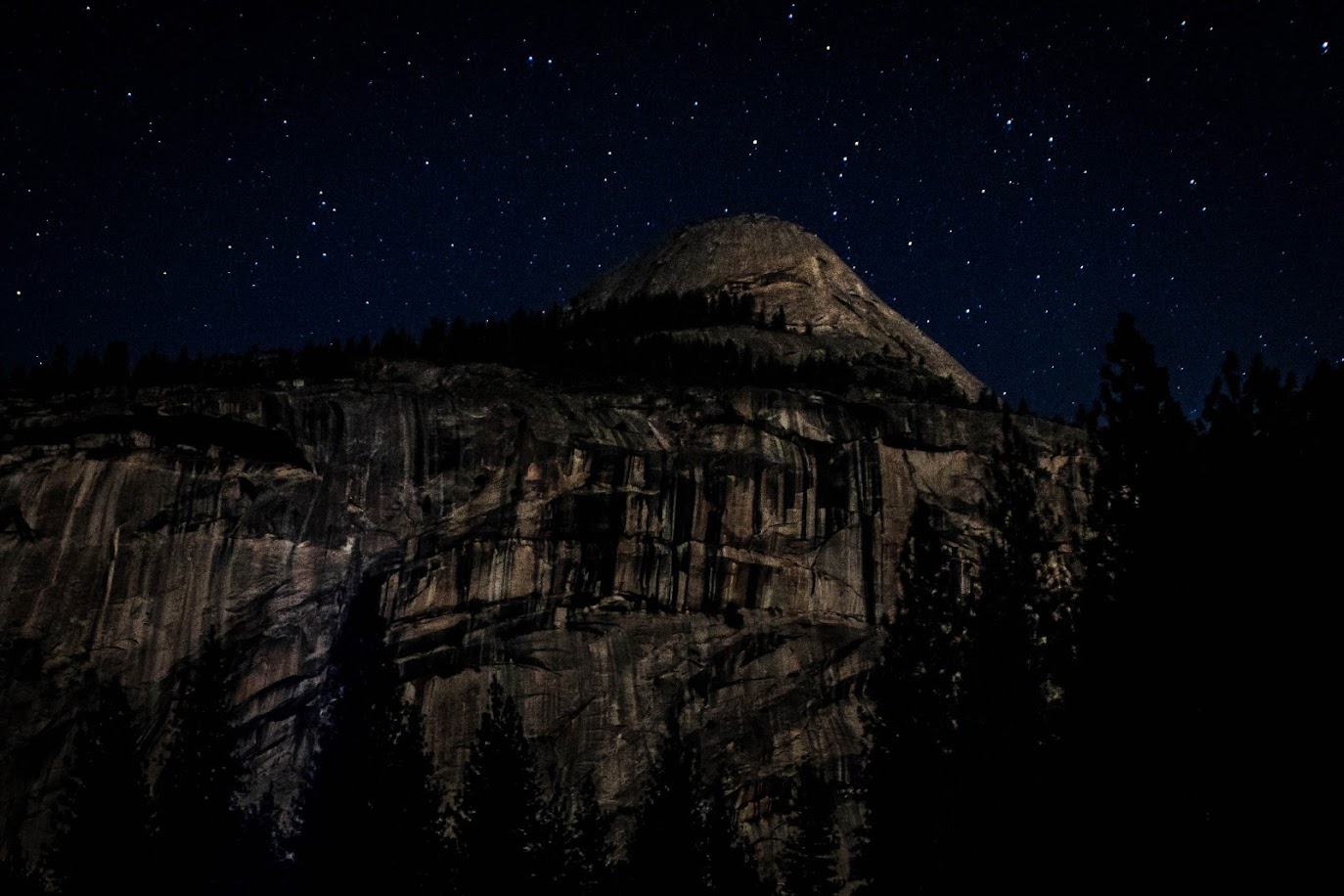 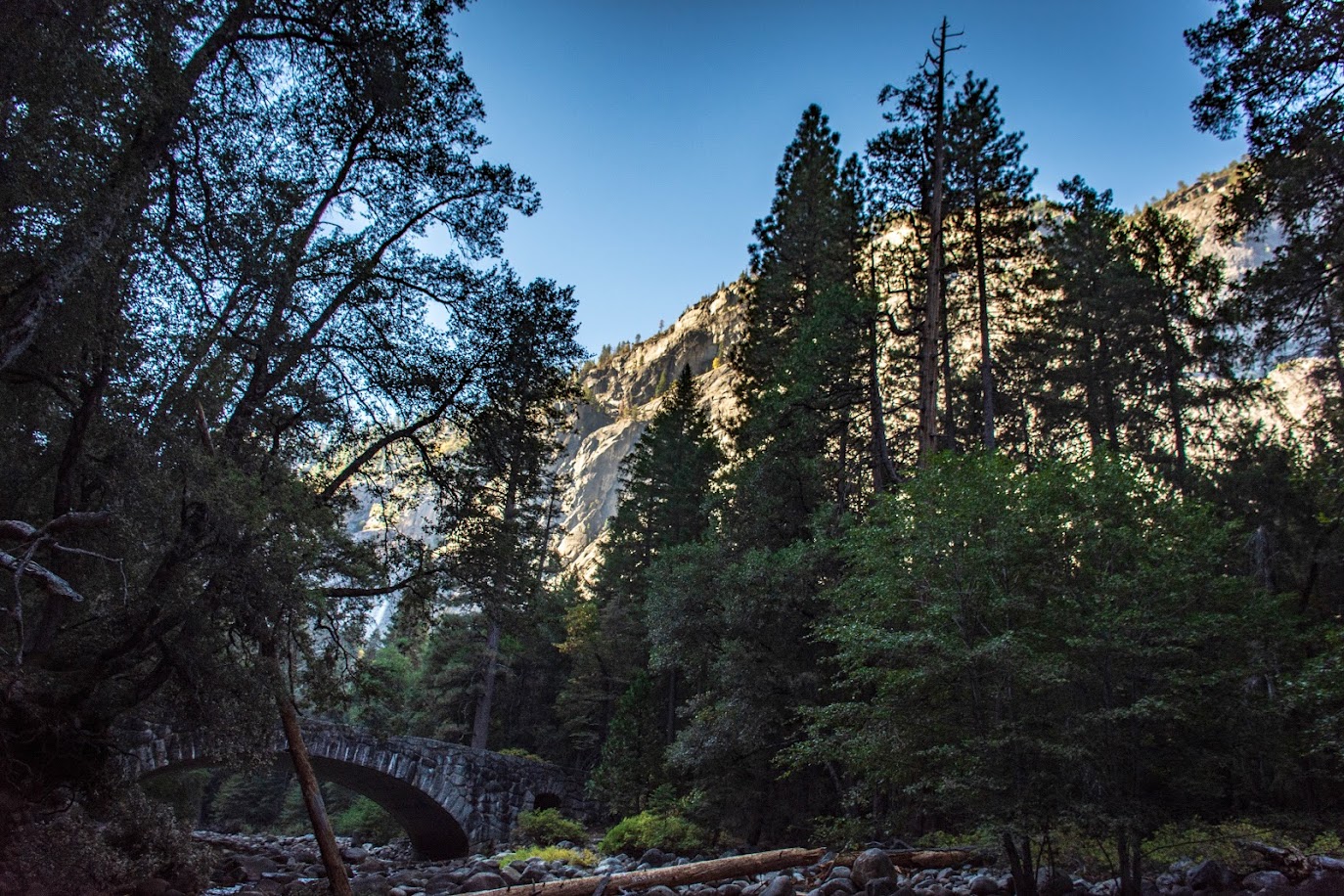 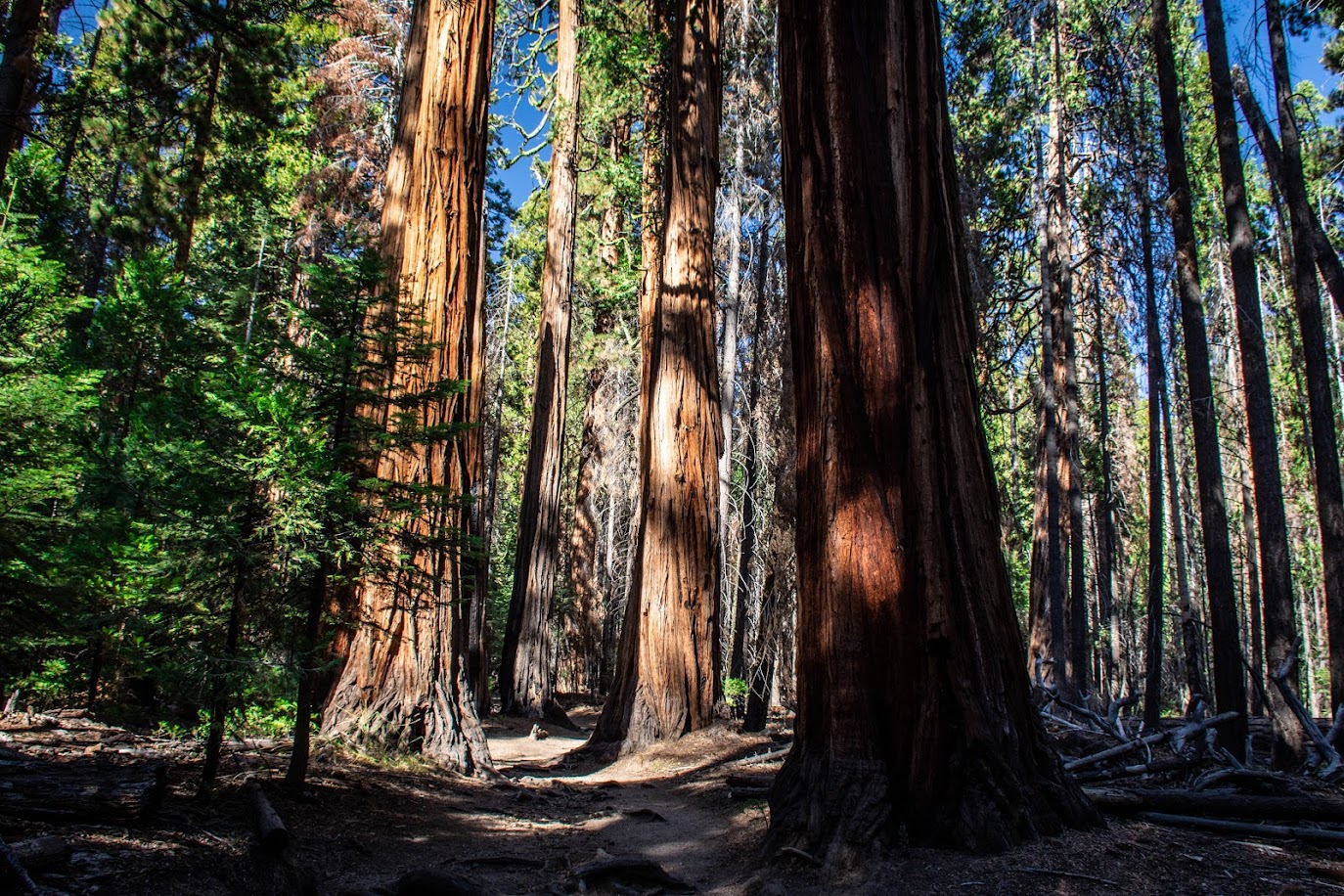 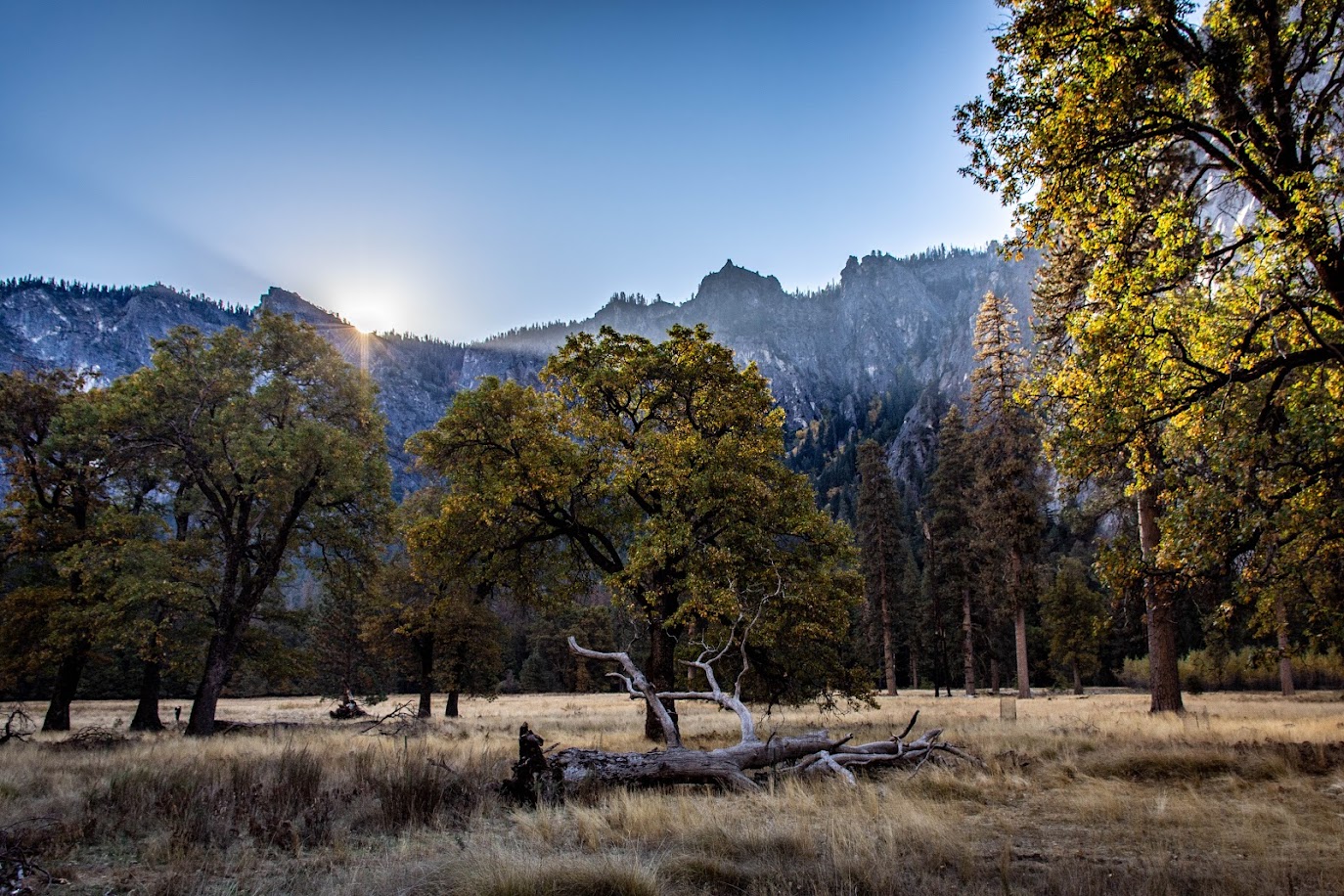 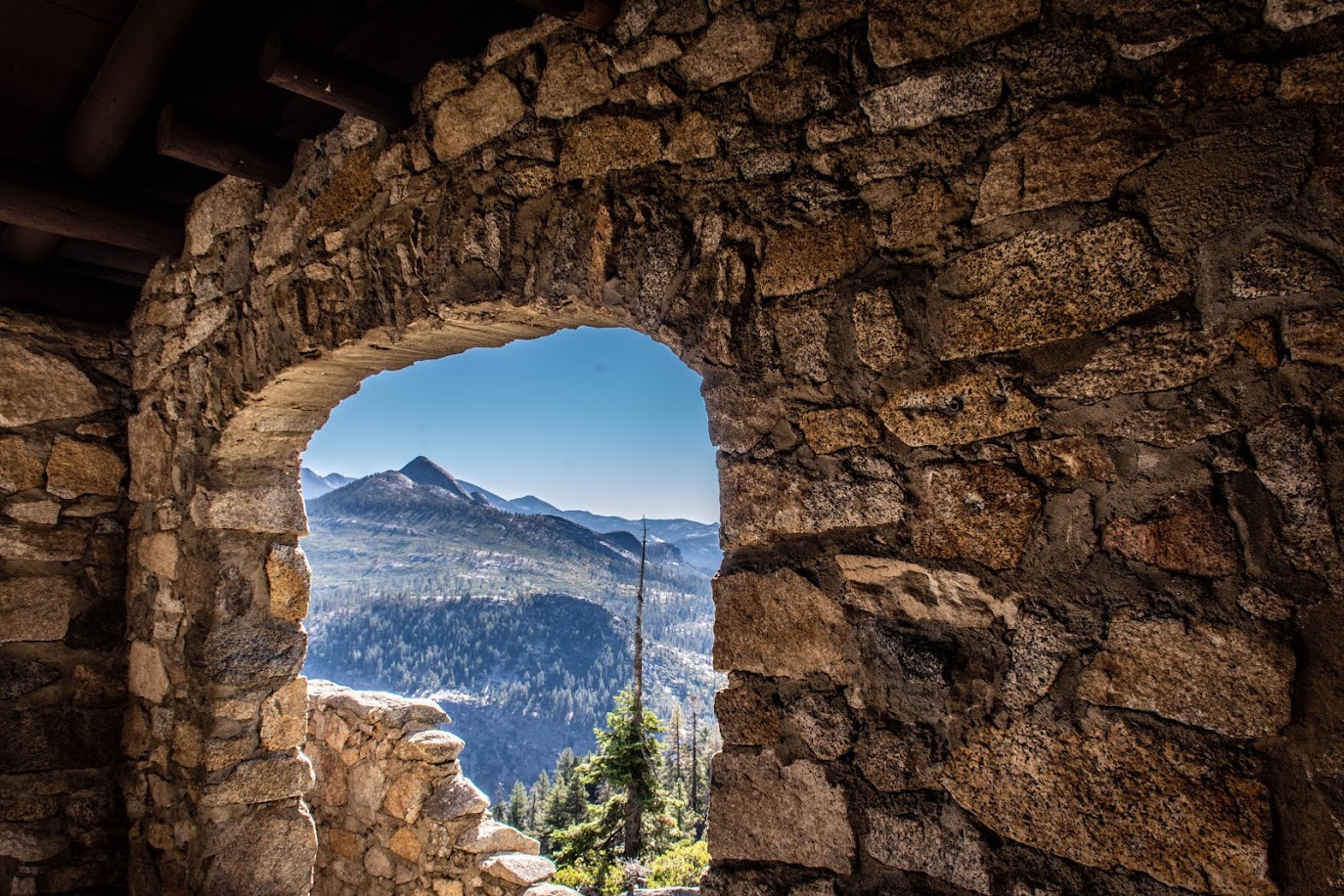 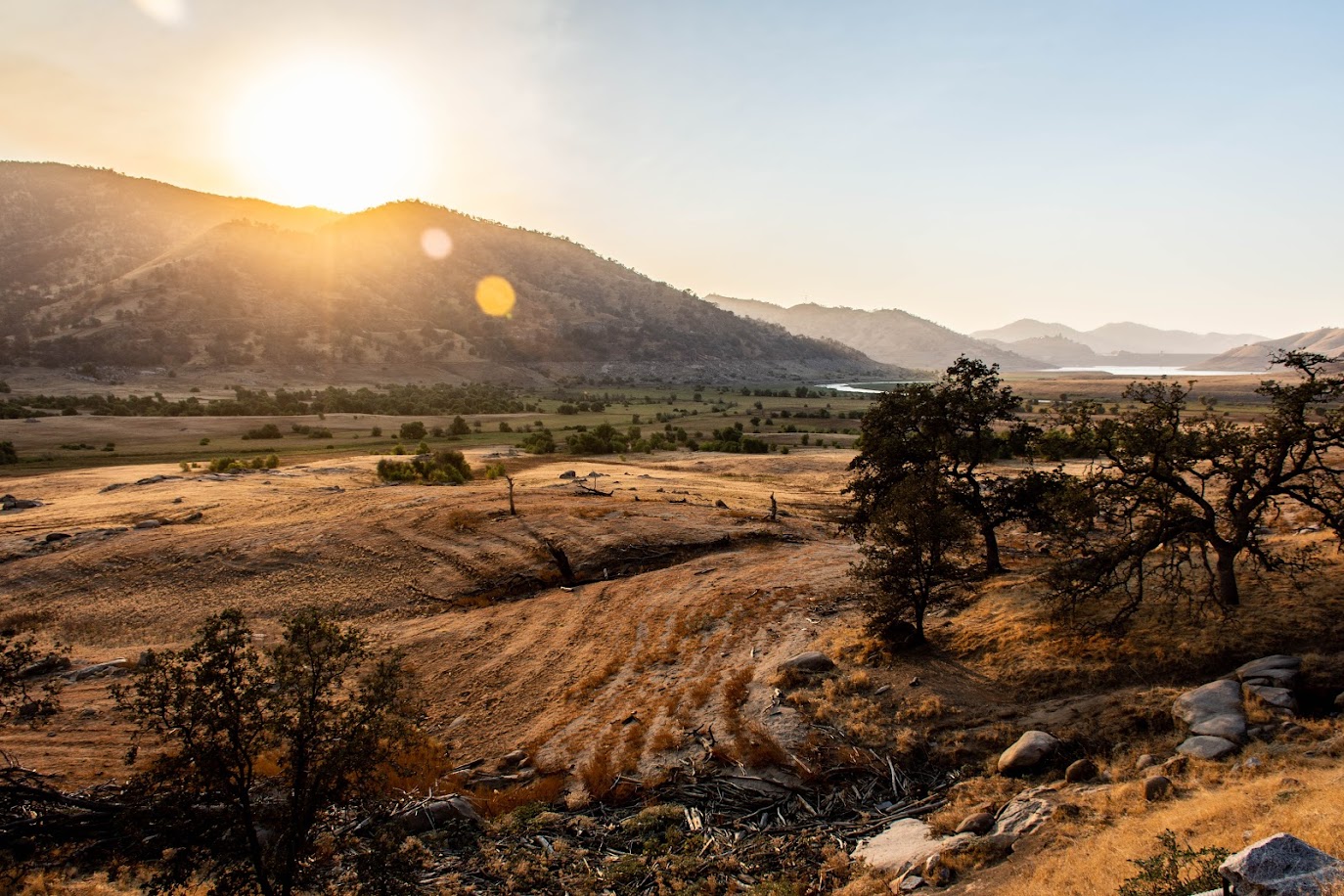 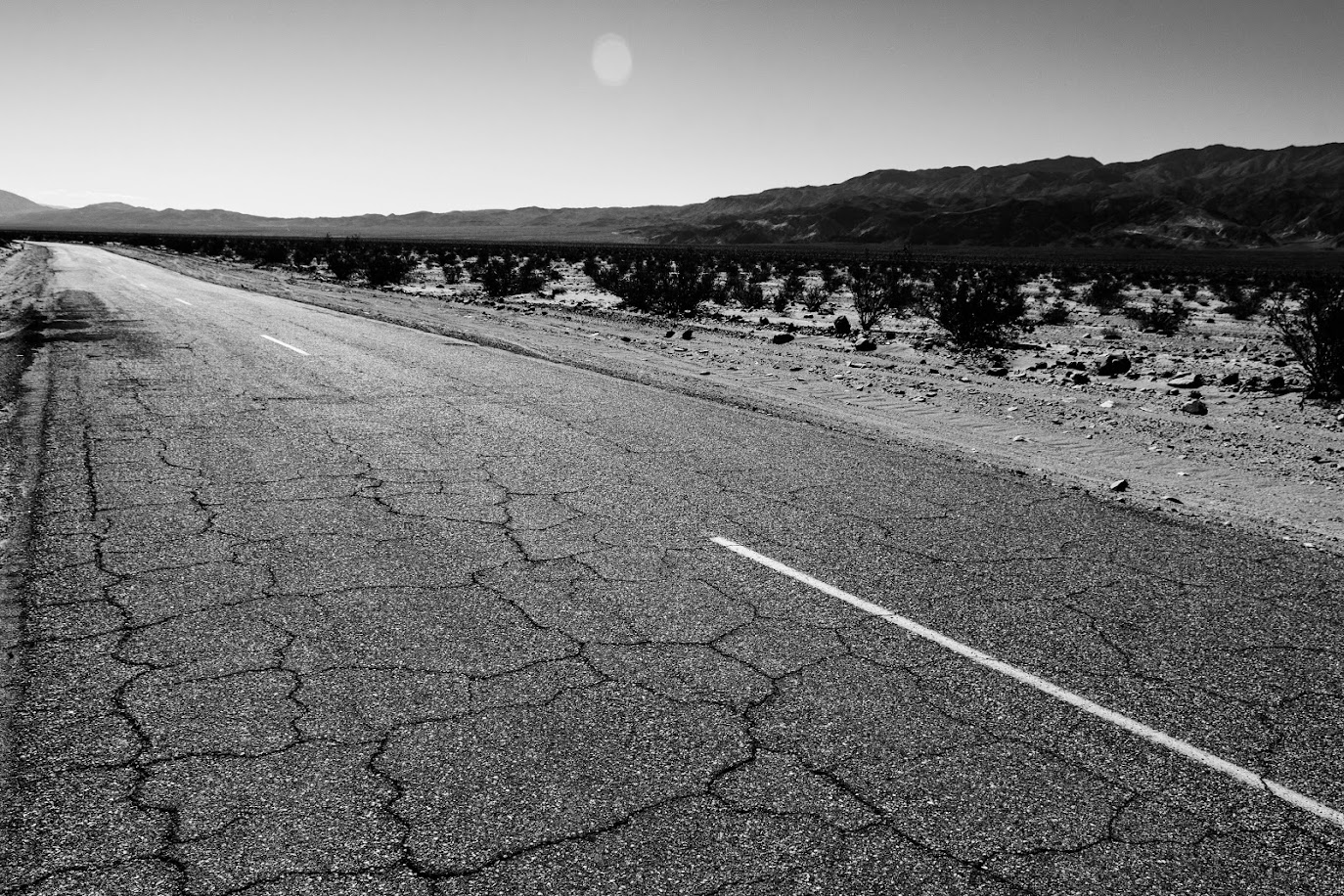 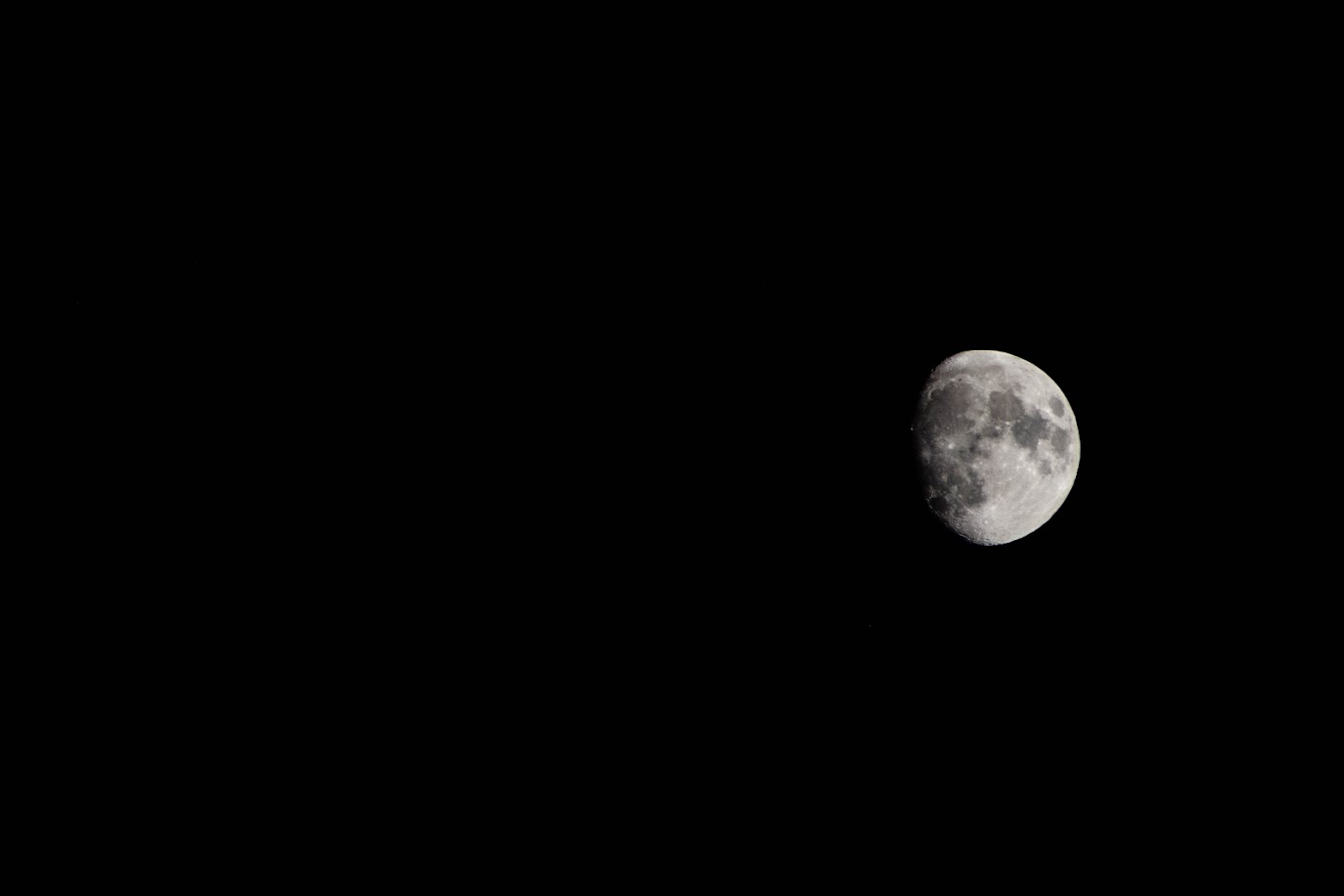 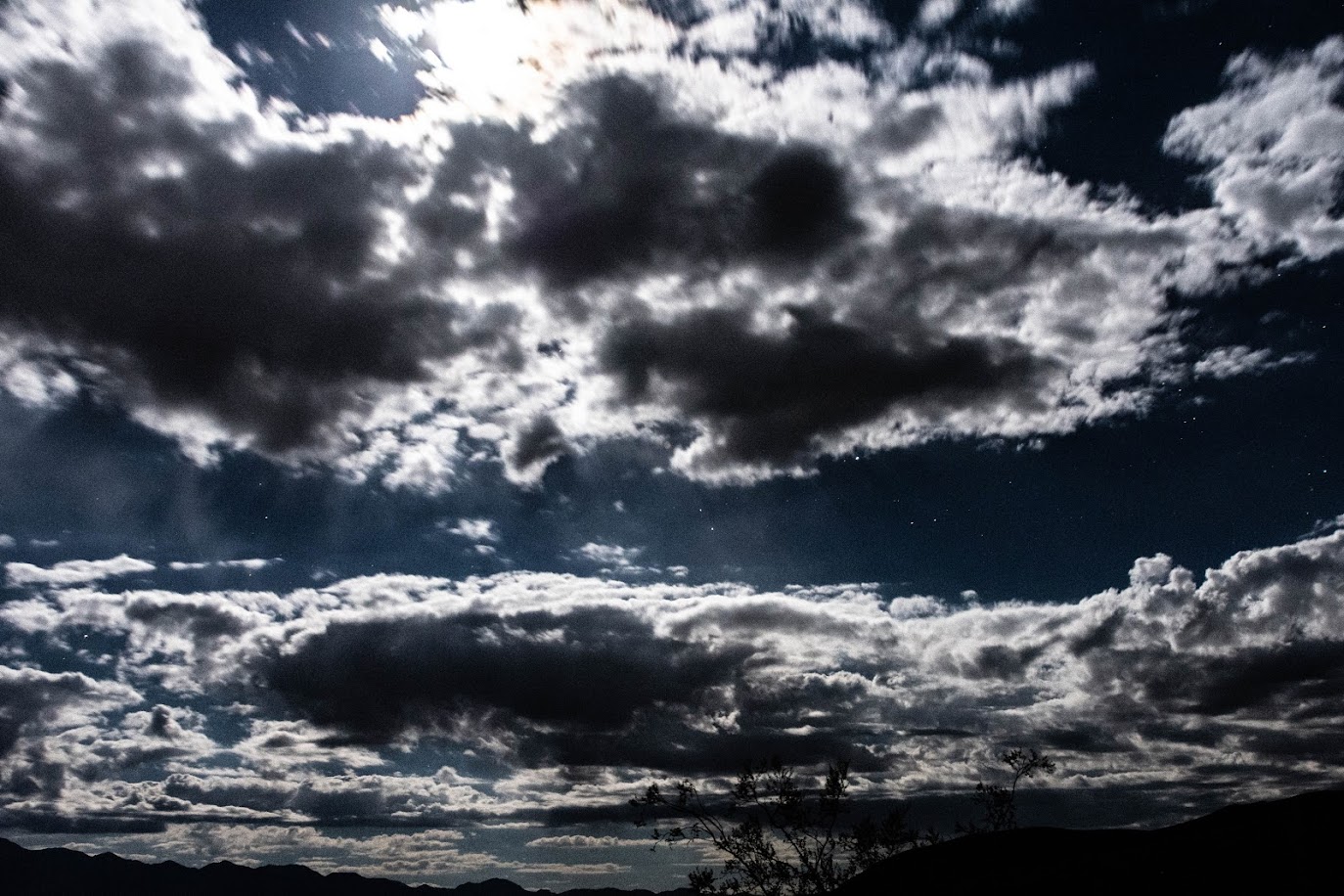 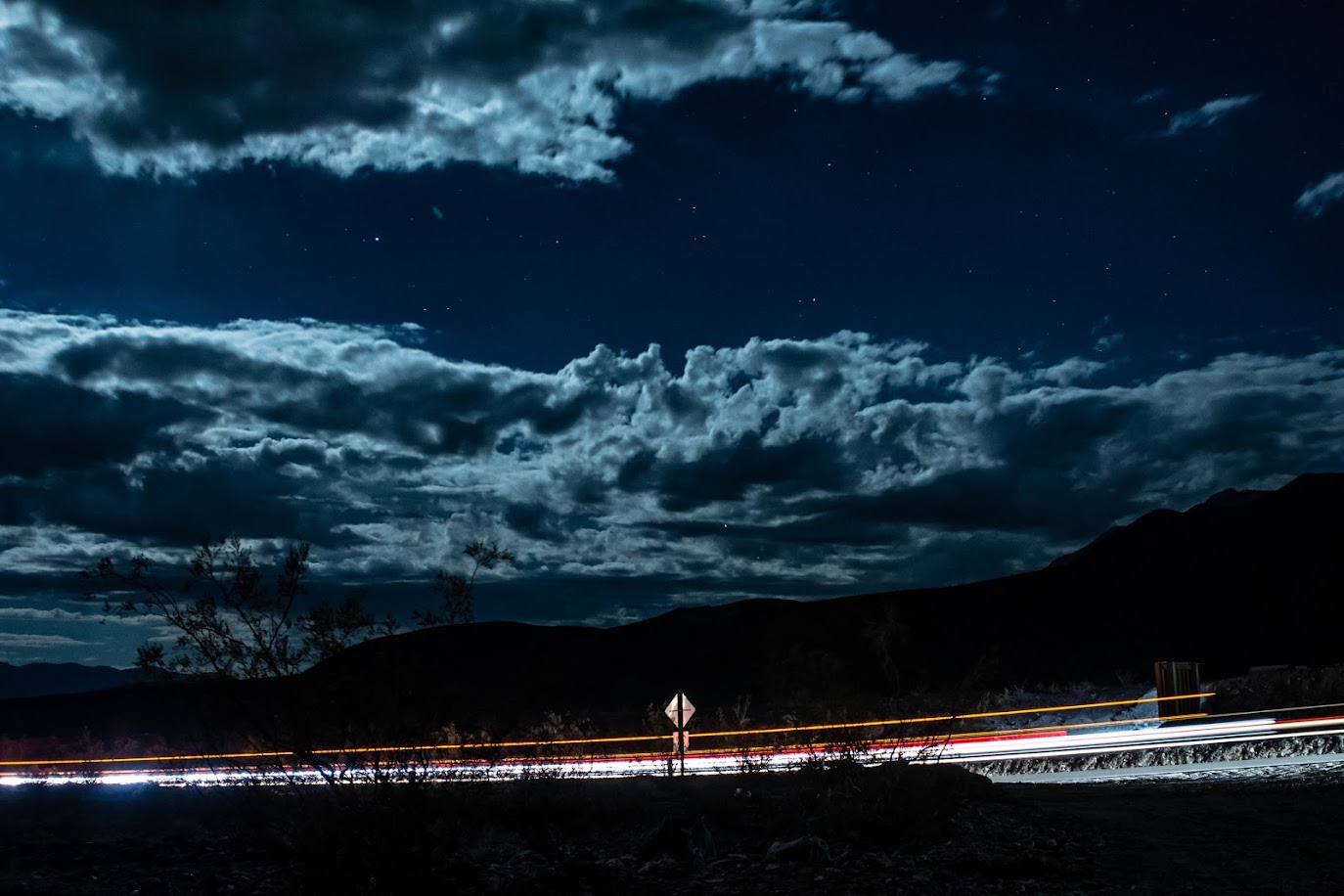 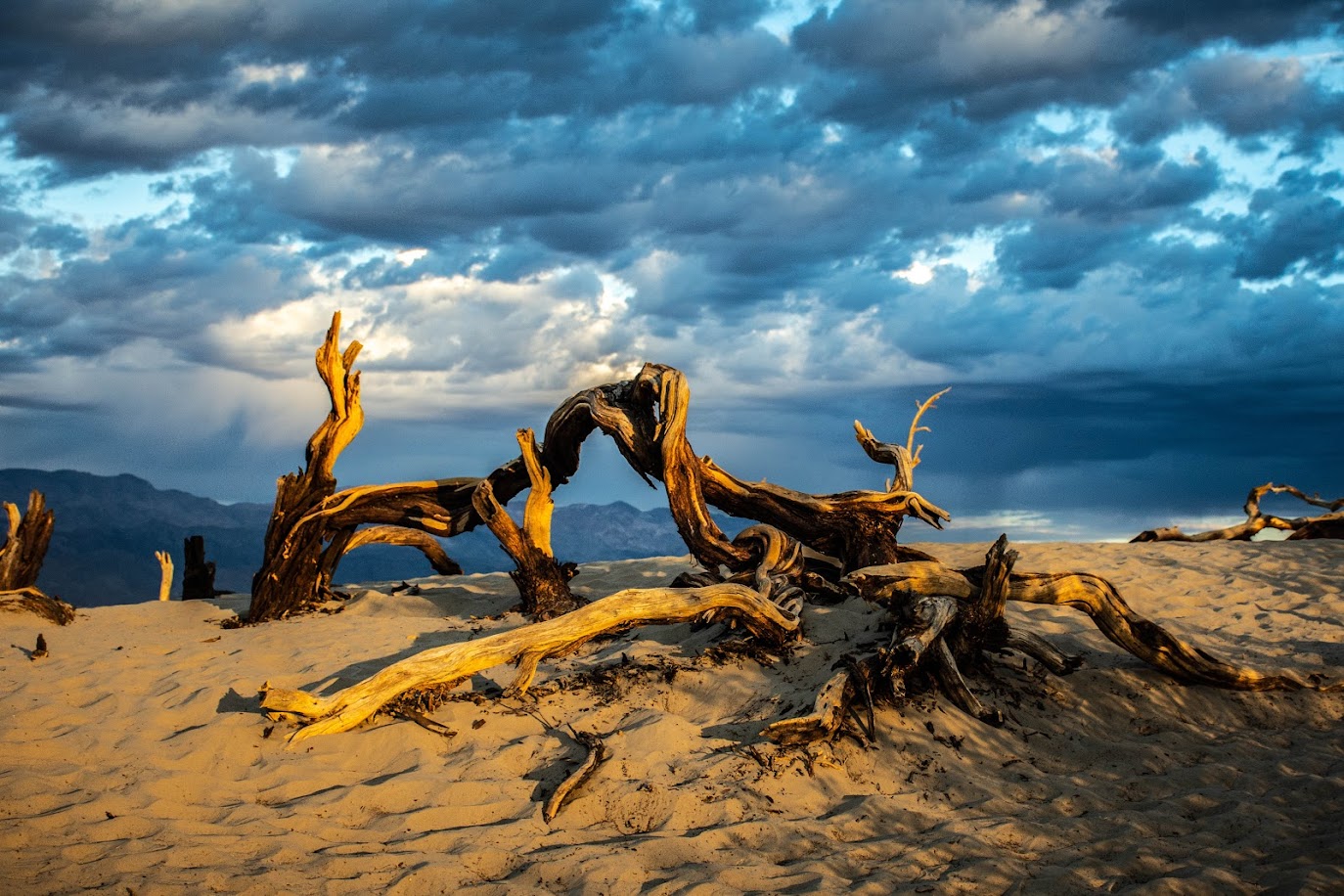 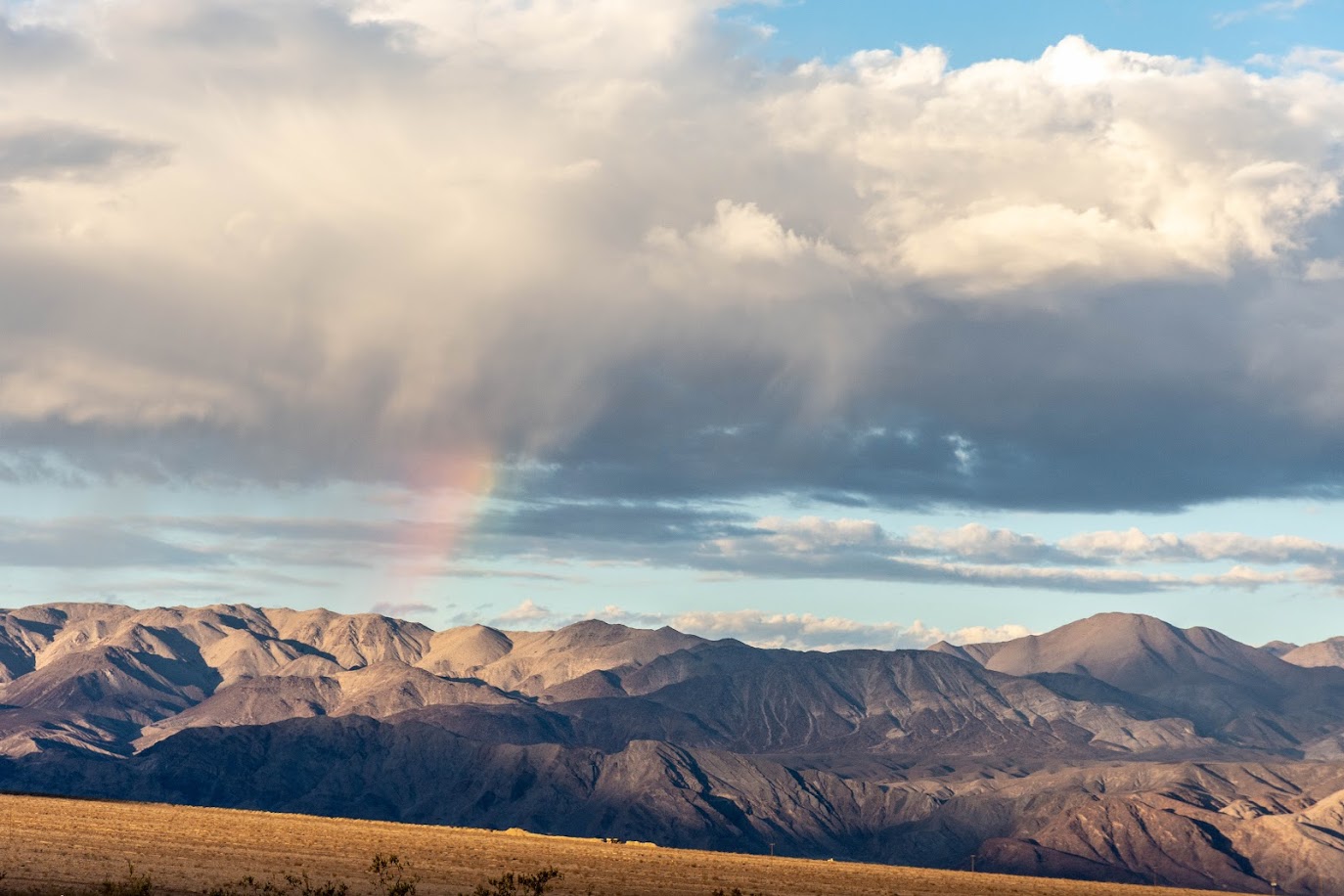 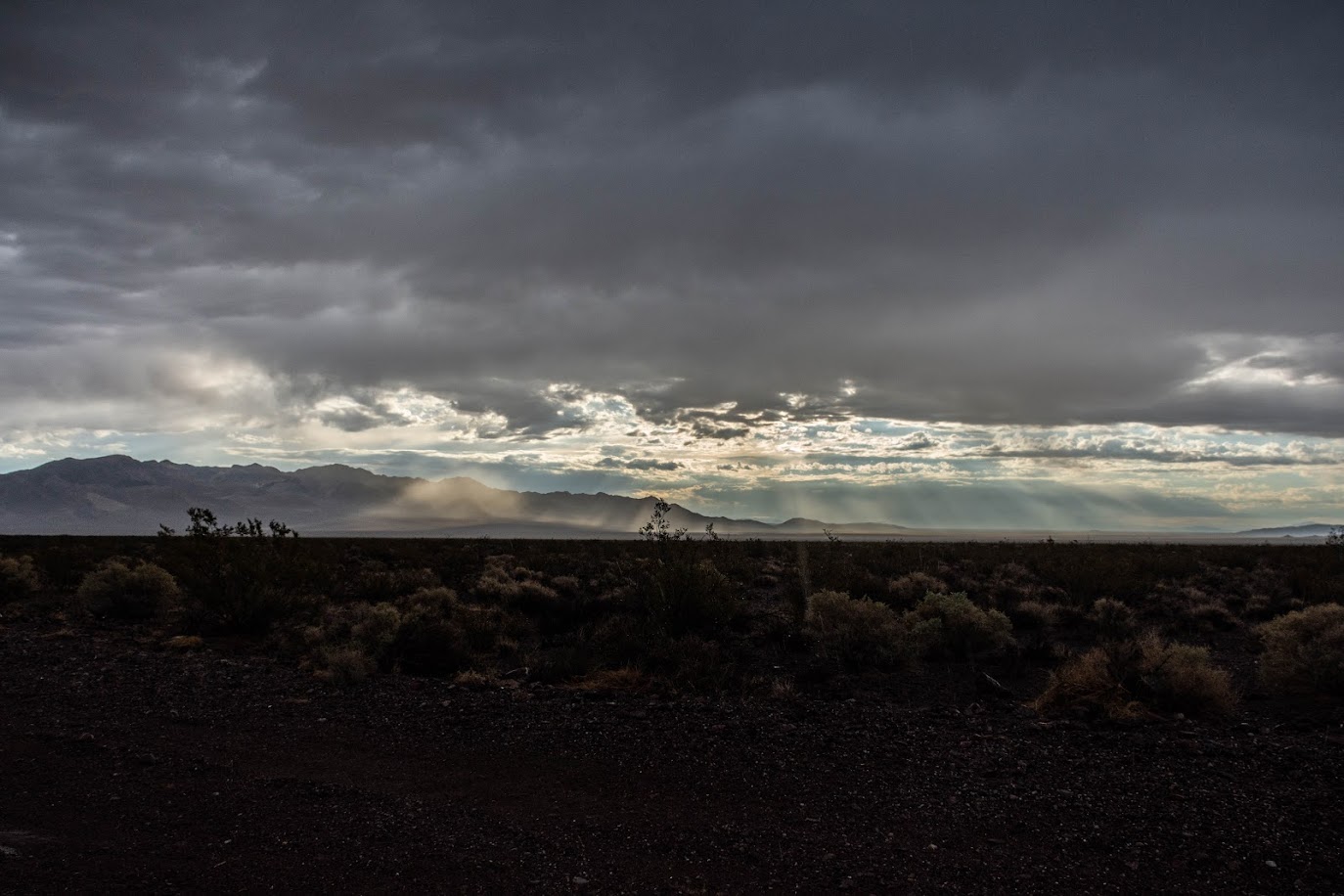 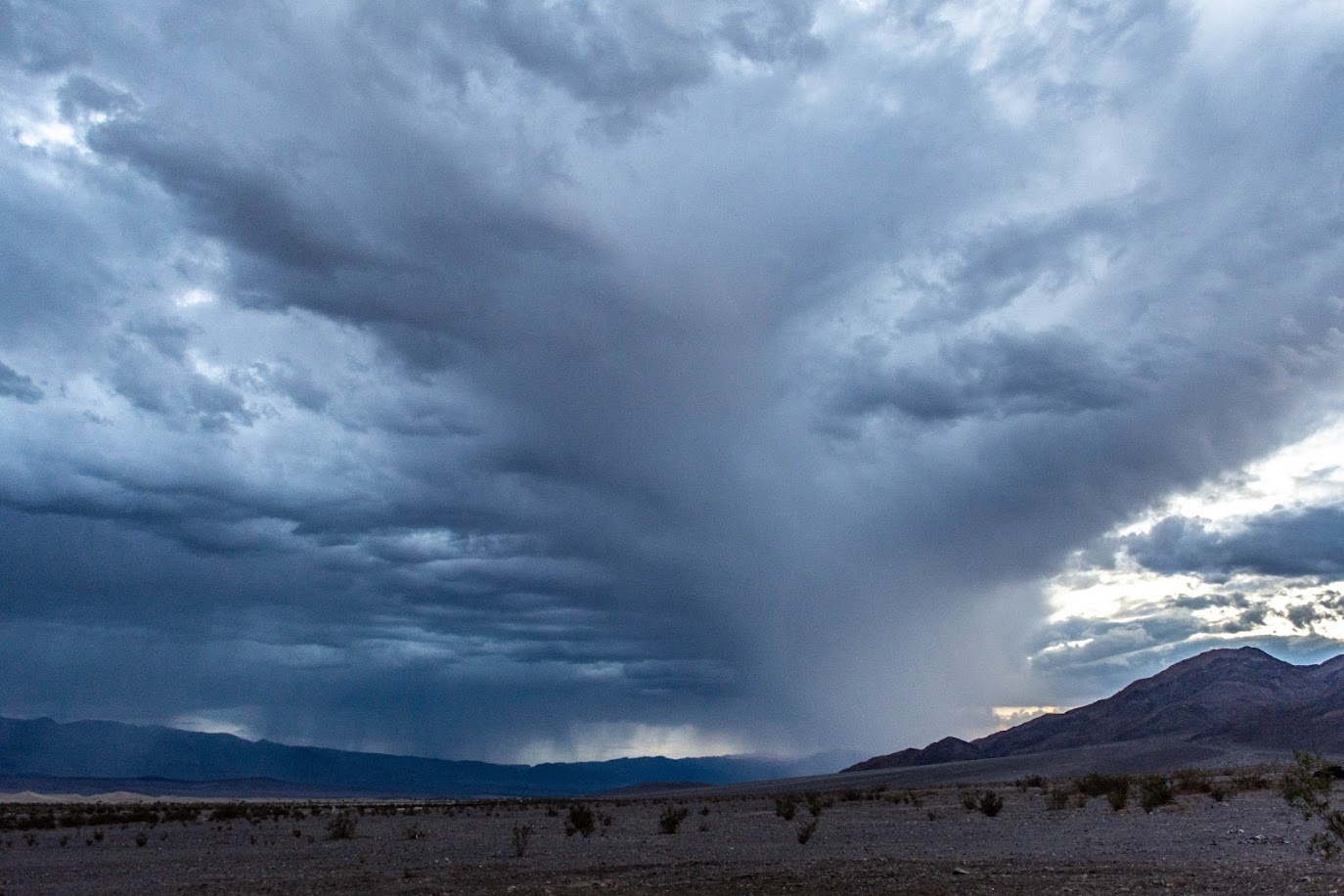 There are a few things in life that are certain… death, taxes and a new ONTAP release every 6 months!

ONTAP 9.5 was just officially announced at Insight 2018, and this blog will give you the technical breakdown of all the new goodness. We’ll have a new podcast up soon to cover it as well.

If you want to download and install it, you can find it here:

Also, check out the following podcast episodes for more information:

If you’re going to be at Insight (Las Vegas or Barcelona), or if you want to review sessions after the event, you can check out the following session:

With the 6 month cadence, features are often phased in, with new features being released with stability as the top priority. Feature parity comes in chunks in later releases. Bug fixes are a part of every ONTAP release.

So, let’s start with…

ONTAP 9.5 continues the emphasis on the “modern datacenter” with a slew of new features that help enable higher performance and better resiliency, as well as extending your storage stack beyond on-premises and into a true global architecture.

SnapMirror Synchronous will have two different modes available in the initial release.

This is the default mode and guarantees zero application data loss between sites by disallowing writes if the SnapMirror Synchronous replication fails for any reason. This provides the “zero RPO” guarantee.

Alternatively, relaxed mode allows application writes to continue to a primary site if the SnapMirror Synchronous relationship fails. Once the relationship is able to resume, resync will automatically occur.

In the initial release of SnapMirror Synchronous, NFSv3, iSCSI and FCP will be supported. Licensing will be capacity-based, in addition to the base SnapMirror license.

One thing I’ve heard fairly often is “how can I serve NAS data across multiple sites while still honoring locking mechanisms?” Previously, the only way to accomplish this was by way of a 3rd party NAS lock orchestrator. Now, in ONTAP 9.5, NAS data can be shared across multiple global sites with performance as if the NAS data was local with FlexCache volumes and provides a true global namespace for ONTAP.

FlexCache volumes are sparsely populated volumes that can be cached on the same cluster or a different cluster as the origin volumes to accelerate data access. FlexCache volumes are created on FlexGroup volumes and can cache reads, writes and metadata.  Writes are currently using write-around for locking orchestration at the origin. FlexCache volumes can also help offload mount points to avoid hot spots. Initially, NFSv3 will be the only supported protocol, but future releases will enable more data protocol support.

The networking stack in ONTAP is getting a bit of a makeover in ONTAP 9.5 as well. Previously, data LIFs in ONTAP were hosted on a single physical port, which lived on a single physical node. Load balancing was done via layer 2 (L2) hashing, which wasn’t super efficient, as hash collisions would leave ports underutilized or even completely unused! When storage nodes have 40GB and 100GB ports, that can be an expensive waste of resources. Additionally, the L2 architecture meant that additional layer 3 (l3) switches needed to be in place to provide proper network traffic distribution.

ONTAP 9.5 introduces support for L3 routing via the Border Gateway Protocol (BGP), which allows ONTAP to automatically load balance traffic based on routing metrics, rather than L2 hashes. Additionally, this allows data LIFs to become Virtual IPs (VIPs) that can live anywhere in the network, which adds better redundancy for IP failover events, and avoids inactive links. This also eliminates the need for L3 switching infrastructure, which reduces overall CapEx and OpEx networking costs.

ONTAP 9.4 introduced a way to report storage efficiency savings to storage administrators, but to mask those savings to users. For example, if a user is writing to a 10TB volume and 6TB of data has been written to the volume, but storage efficiencies have saved 2TB, then ONTAP can report the actual 6TB of capacity back to users, rather than the 4TB used by way of space savings. This provides storage administrators a way to charge back properly to end users and helps prevent overruns of storage capacity.

While this was announced a couple months ago, MAX Data officially makes its debut alongside ONTAP 9.5. This is a server-side software product that lives outside of ONTAP. We covered it on the Tech ONTAP Podcast in Episode 154.

MAX Data can help accelerate database applications like Oracle, Cassandra, MongoDB and a variety of other Linux-based applications.

While not technically an ONTAP feature (though there are ONTAP elements such as the NDAS proxy and copy-to-cloud APIs), NetApp Data Availability Services is an integral part of the NetApp Data Fabric. It’s a cloud-resident orchestration app that simplifies hybrid cloud data protection workflows behind a single pane of glass. It’s also an intuitive search catalog for easy file and volume restores and leverages intelligent S3 object storage in AWS for lower cost solutions for backing up your ONTAP data. For more information, see https://www.netapp.com/ndas.

NVMe over FC – Industry’s only HA failover story for NVMeoFC namespaces via asymmetric namespace access (ANA), which is a NVMe standard that NetApp helped develop.

FlexGroup volumes – New functionality such as FabricPool support, quota enforcement and qtree statistics open up a whole new set of workloads that can leverage FlexGroup volumes, such as home directories.

MetroCluster (MCC) – ONTAP 9.5 adds support for SVM-DR and ONTAP Select with MetroCluster, increases the supported distance for MCC IP to 700km(!), and expands the platforms supported for use with MCC IP to the A300 and FAS8200 series.

Welcome to the Episode 161, part of the continuing series called “Behind the Scenes of the NetApp Tech ONTAP Podcast.”

This week on the Tech ONTAP podcast, we welcome Peter Skovrup back to talk about the latest and greatest ONTAP Select updates, and where you can find out more at NetApp Insight!

Welcome to the Episode 160, part of the continuing series called “Behind the Scenes of the NetApp Tech ONTAP Podcast.”

This week on the podcast, Sr. Product Manager Wyatt Bennett joins us to talk about the latest release of Converged Systems Advisor and how it can improve your overall converged infrastructure experience.

There’s also a CSA datasheet you can reference.

NetApp Insight 2018 in Las Vegas is just a few weeks away and I’m currently in “get ready” mode. Between building sessions, updating docs for the upcoming ONTAP release and putting together podcast promos and episodes, I’ve been a busy little gopher.

For the general NetApp Insight preview, check it out here:

Speaking of gophers, we’re unveiling a new shirt and sticker design this year, with a variation of the gopher, which I built on gopherize.me!

The week before Insight, I’ll also be doing my annual “get in touch with nature before dealing with Las Vegas” side quest. The last 2 years, I did Zion and covered it here:

This year, I plan on driving from Sunnyvale through Yosemite, Sequoia and Death Valley over the course of a few days. Road trip!

I’ll be in Las Vegas on Sunday for a bootcamp on ONTAP AI, which I will be picking up on a more regular basis after Insight, which ties in nicely to my core competencies of NAS and FlexGroup volumes!

Starting Monday, I’ll be all over the place – booth, customer meetings and sessions. At this point, I only know what my session schedule looks like, so feel free to register for a spot in one of them!

Here are the sessions I’ll be presenting…

The next major release of NetApp ONTAP is upon us, and it is chock-full of data management goodness. Come and learn about the latest features in the new release, as well as what features came in the spring release, and how those features are enabling storage administrators to harness the power of their ONTAP systems.

1255-2 – FlexGroup: The Foundation of the Next-Generation NetApp Scale-Out NAS

Workloads are growing–both in capacity and performance needs. As data becomes the primary factor driving enterprise businesses, storage administrators need a simple and efficient way to store a lot of it in a single place. This session covers NetApp FlexGroup volumes and how their use expands beyond the high-file-count, large-capacity use cases and into others such as home directories, backup and archive, big data, and media/entertainment. Come learn how FlexGroup, the NetApp scale-out NAS solution, accelerates your enterprise file service performance, simplifies this traditional on-premises workload, and shifts it into the cloud-enabled paradigm.

You can also find a bunch of other sessions in the Insight Event Catalog! If you’re a customer, you can also schedule 1:1 meetings through our EBC. Contact your sales rep for details. You can also tweet me @NFSDudeAbides or email me at whyistheinternetbroken@gmail.com if you just want to sync up or get free stickers!

Welcome to the Episode 159, part of the continuing series called “Behind the Scenes of the NetApp Tech ONTAP Podcast.”

This week on the podcast, NetApp TME David Blackwell and Sr. Product and Program Manage Lawrence Bunka join us to discuss what NetApp will be up to at AnsibleFest.

Also, be sure to check out this Ansible session at NetApp Insight 2018!

You can also sign up to join the NetApp Pub Slack channel at netapp.io!