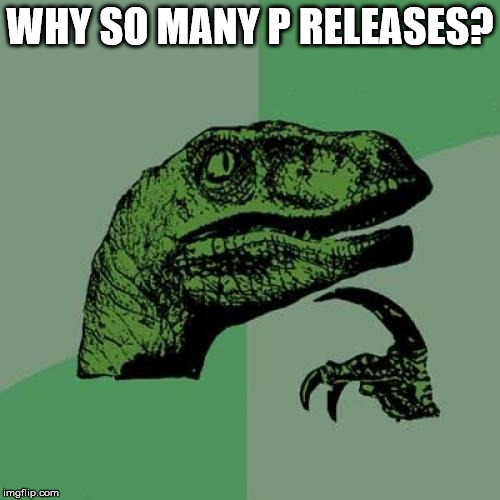 Starting with ONTAP 9, the release cadence model changed to accelerate the release of new ONTAP features. Now, instead of a major release (think 8.1, 8.2, 8.3, etc.) coming out every year and a half, we ship feature-rich major releases every 6 months. This means that NetApp can be more agile with their development cycles and more aggressive in releasing new features.

A maintenance release was one of the “dot” releases you’d see in between major releases. Remember, it was usually 18 months between a major release, so while you were waiting for 8.2 to ship, NetApp was releasing 8.1.1, 8.1.2, 8.1.3, etc. These releases were generally devoid of new features, but instead included bug fixes. That was in addition to the “patch” releases, which were intended to be releases made to fix major bugs faster than a maintenance release could.

So, instead of seeing 9.1.1, 9.1.2, and so on, you’re going to get P releases. And that’s why you’re seeing an uptick in P releases for ONTAP 9.x in a shorter time frame. So, no worries! ONTAP 9.x is still one of the most stable family of releases we’ve seen for clustered ONTAP, regardless of the number of P releases.

If you’re trying to determine whether you should upgrade to a P release of ONTAP, here are some helpful tips:

Hopefully this clears up any questions you have about P releases. Ping me in the comments if you need clarifications!